"Boston" is a song by American rock band Augustana, from their 2005 album All the Stars and Boulevards. It was originally produced in 2003 by Stephen Short for Midwest Skies and Sleepless Mondays and was later re-recorded with producer Brendan O'Brien for All the Stars and Boulevards. David Park who went to high school with Dan Layus and left for Gordon College was the inspiration for this song. Show Boston piano sheet

Augustana is an American rock band from San Diego, California who were signed to the Epic Records record label until late 2011. They are best known for their singles, "Boston" and "Sweet and Low."
In Autumn 2002 at Greenville College in Illinois, Dan Layus brought friends Josiah Rosen, Kyle Baker, and Simeon Lohrmann together to create music. They started out by re-recording the song "More than a Love Song" which Dan had written for his high school girlfriend while living in California. They originally wanted to call themselves The Looking Glass, but after discovering another band of the same name they chose "Augustana" instead. A full length debut album, Midwest Skies and Sleepless Mondays was recorded in the home recording studio of Jon King. The album was released in the Spring of 2003 and only 1000 copies were produced. Later t... More piano sheets by Augustana 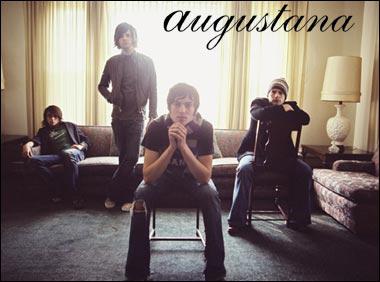