At Your Best (You Are Love) - Aaliyah Free Piano Sheet Music

At Your Best (You Are Love) description

"At Your Best (You Are Love)" is a song by The Isley Brothers, originally a radio hit in 1976. It was originally dedicated to their mother. Eighteen years later, the song was revived by American singer Aaliyah for her debut studio album Age Ain't Nothing but a Number. Released as the album's second single, it peaked at number six on the U.S. Billboard Hot 100 and number two on the R&B singles chart, also reaching number 27 on the UK Singles Chart. Show At Your Best (You Are Love) piano sheet

Aaliyah Dana Haughton, who performed under the mononym Aaliyah, was an American recording artist, dancer, actress and model. She was born in Brooklyn, New York, and was raised in Detroit, Michigan. At the age of 10, she appeared on the television show Star Search and performed in concert alongside Gladys Knight. At age 12, Aaliyah signed with Jive Records and her uncle Barry Hankerson's Blackground Records. Hankerson introduced her to R. Kelly, who became her mentor, as well as lead songwriter and producer of her debut album, Age Ain't Nothing but a Number. The album sold three million copies in the United States and was certified double platinum by the Recording Industry Association of America (RIAA). After facing allegations of an illegal marriage with R. Kelly, Aaliyah ended her contract with Jive and signed with Atlantic Records. More piano sheets by Aaliyah 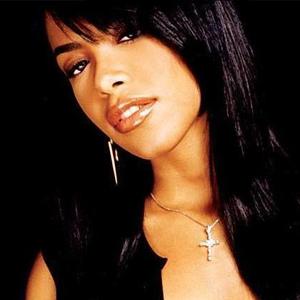