Send "Vengaboys" Ringtones to your Cell

Vengaboys are a Eurodance pop group based in Amsterdam. The brainchild of two Dutch producers Wessel van Diepen and Dennis van den Driesschen (Danski and Delmundo), they enjoyed commercial success in the late 1990s. They are best known for their two UK number one singles, "Boom, Boom, Boom, Boom!!" and "We're Going to Ibiza" and their U.S. Top 40 hit, "We Like to Party". The group consists of lead vocalist Kim Sasabone, vocalist Denise Post-Van Rijswijk and the male dancers Robin Pors and JJ van Zon. They have sold an estimated 15 million records worldwide and are renowned for being one of the most influential Eurodance pop groups of the early 21st century. On 2 May 2001, The World Music Awards awarded Vengaboys with the award for best selling dance group of the year. 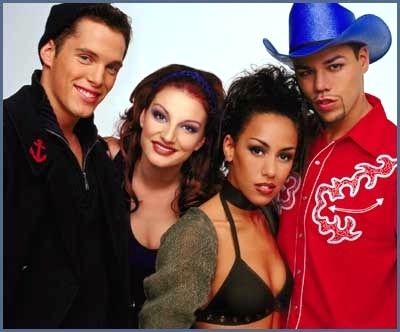