Send "Stooshe" Ringtones to your Cell

Stooshe is an English girl group from London. The group, consisting of members Alexandra Buggs, Karis Anderson and Courtney Rumbold, were signed to Warner Music Group in August 2011 and they released their first promotional single, "Betty Woz Gone", in October 2011. It was announced on 5 December that Stooshe had been nominated for the BBC's Sound of 2012 poll. Their official debut single, "Love Me" featuring American rapper Travie McCoy, saw the group attain chart success, with the single peaking at number five on the UK Singles Chart. They released "Black Heart" in June 2012, which peaked at number three after a month in the top ten. The group are set to release their debut studio album in March 2013. 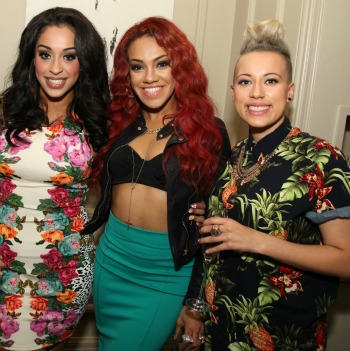