The Spice Girls were a British pop girl group formed in 1994. The group consists of five members, who each later adopted nicknames initially ascribed to them: Melanie Brown ("Scary Spice"), Melanie Chisholm ("Sporty Spice"), Emma Bunton ("Baby Spice"), Geri Halliwell ("Ginger Spice"), and Victoria Beckham, née Adams ("Posh Spice"). They were signed to Virgin Records and released their debut single, "Wannabe" in 1996, which hit number-one in more than 30 countries and helped establish the group as a global phenomenon. Credited for being the pioneers that paved the way for the commercial breakthrough of teen pop in the late 1990s, their debut album, Spice, sold more than 28 million copies worldwide, becoming the best-selling album by a female group in music history. They have sold over 80 million records worldwide, making them the best-selling female group of all time and one of the best-selling pop groups of all time, and also making them the most successful British band since the Beatles, and compared with the Beatlemania. 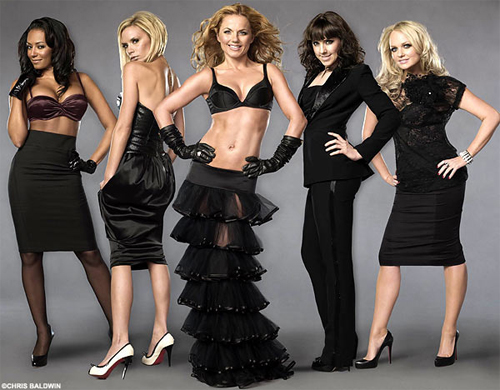