Send "Parachute" Ringtones to your Cell

Parachute is an American rock band from Charlottesville, Virginia. The members graduated from college in May 2008 and have since been touring and promoting their music from their debut album Losing Sleep and sophomore album The Way It Was.
Originally named Sparky's Flaw, the band changed its name to Parachute in 2008. Since their graduation from college, Parachute has been touring with artists such as O.A.R., Switchfoot, Duffy, Matt Nathanson, Michelle Branch, Jon McLaughlin and The Goo Goo Dolls. As a part of their first major tour following the release of Losing Sleep in the summer of 2009, they toured with artists such as 3 Doors Down, The Script, Secondhand Serenade and Kelly Clarkson.
Their songs "She Is Love" and "Under Control" were used on Nivea's national skincare TV commercials. As part of the campaign, Parachute shared the Nivea Countdown Stage with the Jonas Brothers and Taylor Swift in front of over a million people in Times Square for New Year's Eve in 2008. 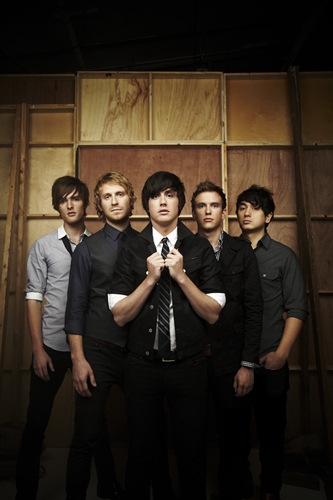