George Winston is an American pianist who was born in Michigan, and grew up mainly in Miles City, Montana, as well as Mississippi and Florida. He attended Stetson University in Deland, Florida, and lives in Santa Cruz, California.
Many of Winston’s melodic pieces are self-described as "rural folk piano" or "folk piano", a style he developed in 1971 to have an approach to complement the uptempo stride piano. These melodic pieces evoke the essence of a season and reflect natural landscapes. The third style he plays is New Orleans R&B piano, influenced mainly by Professor Longhair, Dr. John and Jon Cleary.
Winston also is known for his two tribute albums to jazz pianist Vince Guaraldi, composer for the first sixteen Peanuts animated films, who died suddenly in 1976.
In addition to his piano work, Winston plays blues harmonica, solo acoustic guitar (mainly Appalachian fiddle tunes) and Hawaiian slack-key guitar. Both his harmonica and guitar playing can be heard on his benefit album Remembrance - A Memorial Benefit, which was released shortly after 9/11. In 2006, he recorded another benefit album Gulf Coast Blues & Impressions: A Hurricane Relief Benefit, followed by Gulf Coast Blues & Impressions 2: A Louisiana Wetlands Benefit in 2012. 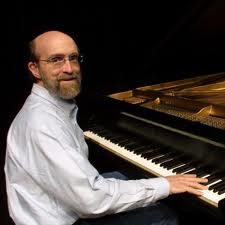