Send "Ciara" Ringtones to your Cell

Ciara Princess Harris, known as Ciara, is an American singer, songwriter, dancer, actress and fashion model. Born in Austin, Texas, she traveled around the world during her childhood, only to land in Atlanta, Georgia where she met music producer Jazze Pha. With his help, she signed a record deal with LaFace Records.
Since making her musical debut in 2004, Ciara has attained eight Billboard Hot 100 top-ten singles, including a number one. She has also earned numerous awards and accolades, including three BET Awards, three MTV Video Music Awards, three MOBO Awards, and one Grammy Award. Ciara has sold over seven million albums worldwide, and more than 4.3 million albums and 6.9 million digital singles in the United States alone. 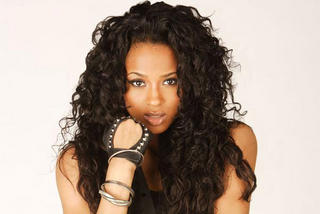