Send "Brandy" Ringtones to your Cell

Brandy Rayana Norwood, known professionally as Brandy or Bran'Nu, is an American recording artist and actress. Born into a musical family in McComb, Mississippi and raised in Carson, California, Norwood enrolled in performing arts schools and was first exposed to singing competitions as a child. She first appeared in a supporting role on the short-lived ABC sitcom Thea in 1993. She went on to star in the successful UPN sitcom Moesha in 1996, which lasted for six seasons and resulted in roles in the 1998 horror sequel I Still Know What You Did Last Summer, the TV films Cinderella (1997) and Double Platinum (1999), and recurring roles on series such as Drop Dead Diva and The Game.
In 1993, she signed a recording contract with Atlantic Records, releasing her self-titled debut album a year after, which was a commercial success with two number one singles on the Billboard Hot R&B Singles chart - "I Wanna Be Down", and "Baby". She went on to release the widely successful single, "The Boy Is Mine", a duet with singer Monica, and her multi-platinum second album Never Say Never in 1998. Norwood garnered critical acclaim with subsequent albums Full Moon (2002), Afrodisiac (2004), Human (2008), and Two Eleven (2012), though experiencing career and commercial turbulence throughout the 2000s. Within pop music, she has become known for her distinctive sound, characterised by her peculiar timbre, voice-layering, throaty riffs, and beat-driven R&B.[2] She has since been signed to both Epic Records and RCA Records, where she has acquired a catalogue of hits, with singles such as "What About Us?", "Full Moon", and "Put It Down" being her most successful.
Apart from her work in music, Norwood is widely known for her reality series Brandy: Special Delivery (2002) and Brandy & Ray J: A Family Business, co–starring her younger brother Ray J, as well as her roles a judge on the premiere season of America's Got Talent and a contestant on the eleventh season of Dancing with the Stars. She has sold over 8.62 million copies of her first five studio albums in the United States, and over 30 million records worldwide. 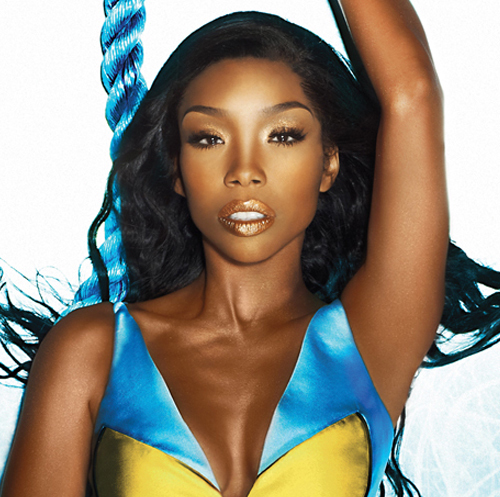